Pepsi-Cola‘s New Year’s resolution: Boost soft-drink sales and capture consumers’ attention with a new logo and upbeat advertising. So what better place to kick off that effort than Times Square on New Year’s Eve? 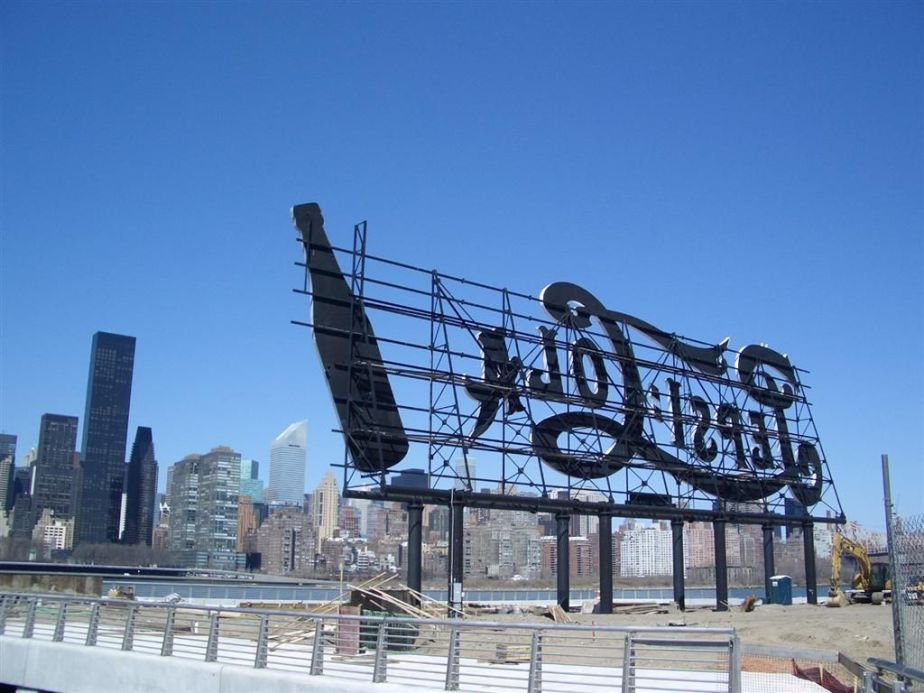 Coke Harnesses Green With Wind-Powered Billboards
The Coca-Cola Company‘s new digital billboard in Times Square is not only going green with its use of wind power, but it has also started the trend among 30 billboards at the iconic intersection of 47th Street and Broadway in Manhattan. Coke also announced Monday (Dec. 29) it will debut a new “green” ad on New Year’s Eve: “Refresh. Recycle. Repeat.” The ad touts Coca-Cola’s goal to recycle or reuse 100 percent of the aluminum beverage cans and PET plastic bottles it sells in the U.S., part of the company’s Live Positively operating philosophy. 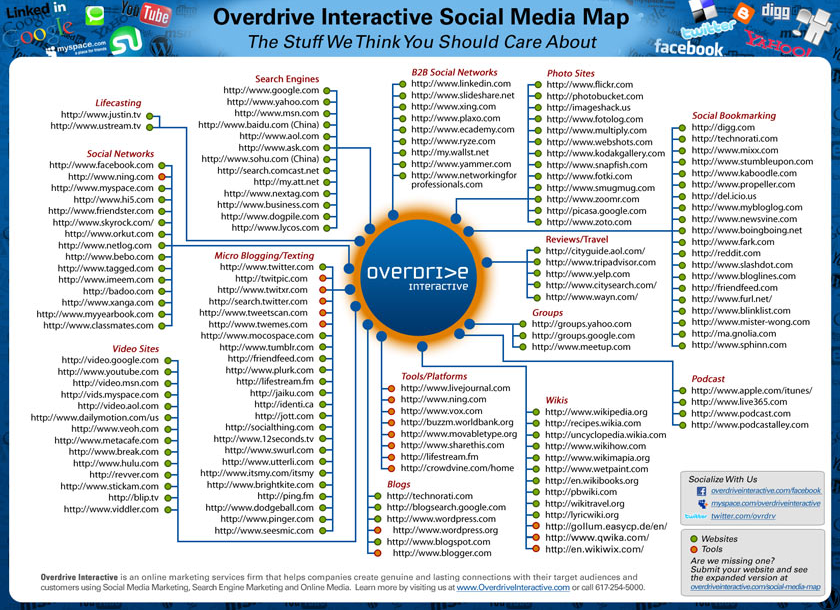 While we’re at it, here’s some Social Media Reading from Gibson Design.

Virtual West End for cyber shoppers
The imaginary worlds of Sim City, Second Life and other digital utopias are about to be joined by a very different online experience – shopping in London’s West End. An ambitious new scheme to duplicate online the real-life experience of a shopping expedition in central London is promising to transform the way Britain’s leading retailers do business. Stung by the growing popularity of internet shopping – online sales in November were up 16% on last year – the body representing West End traders is creating a unique internet world where shoppers will be able to wander down computer simulations of London streets, click their way into exact replicas of well-known stores, and thumb through goods stacked on virtual shelves.

Taste of Dairy Queen Ownership in a Video Game
Video games usually put players in a sexy role they will never actually have a shot at: a “High School Musical” dancer, a guitar hero or an auto thief. Now, a new game created with the help of Dairy Queen, DQ Tycoon, lets players run their own fast-food franchise. “Oh, come on, who hasn’t wanted to run and own a DQ?” Michael Keller, the chief brand officer of Dairy Queen International, said. “Maybe everybody doesn’t, but so many Americans have grown up with the DQ brand, and have had that experience of stepping up to a DQ window on a hot summer day.” DQ Tycoon is a time-management game, one of a genre of anxiety-inducing games requiring players to race against the clock to complete mundane tasks — in this case, preparing Peanut -Buster Parfaits, taking orders, restocking the refrigerator, and dipping cones. It is available for download at BigFishGames.com for $19.99, but can be played free for an hour. It is also sold at Target stores.

Kraft’s New iFood App
Kraft Foods is making it easier for busy consumers to plan meals, search recipes and even locate the nearest store through a new downloadable application for iPhone an iPod touch users. The application, iFood Assistant, was developed in conjunction with interactive agency Genex, a division of Meredith Corp. It is available on the Apple App Store for 99 cents and is billed as the first of its kind for a food or consumer packaged goods company. Similar Web applications link users with external Web sites, where iFoodAssistant is considered a resident program installed on any iPhone or iPod touch. “People’s lives are becoming increasingly complex and they’re looking for relevant content and solutions to make their lives easier,” Ed Kaczmarek, director of innovation, new services at Kraft, said in a statement.

BBDO to Produce “Only” Three Commercials for 2009 Super Bowl
FedEx is punting on the 2009 Super Bowl, and the undisputed king of the Big Game — its agency, BBDO — will be a lot more on the sidelines this year. Steve Pacheco, ad director at Super Bowl stalwart FedEx, wrote on a company blog that the $3 million for a 30-second spot on NBC’s telecast wasn’t a prudent expenditure in tough economic times. “Make no mistake, our advertising presence in 18 Super Bowls since 1989 has strategically allowed FedEx to establish itself as a household name … [but] there is a time to justify such an ad spend and a time to step back. … A Super Bowl ad buy is not where we should put dollars at this time.” BBDO has also lost prolific Super Bowl advertiser Pepsi in the U.S. and will produce only three commercials for 2009, down from six commercials in 2008 Super Bowl, seven in 2007 and five in 2006. BBDO’s only spots for 2009 will be a :60 commercial for the National Football League, a 30-second for Monster.com, and one more of undetermined length for GEC. 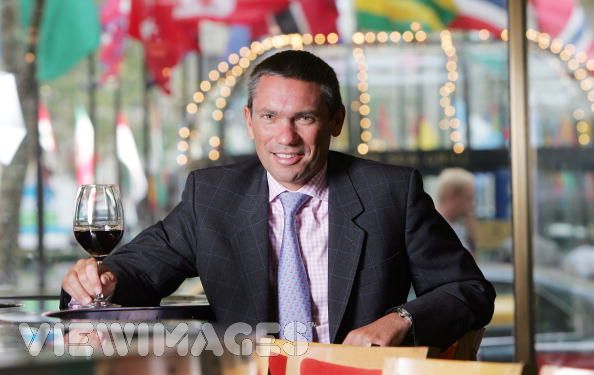 DailyLit Gets Your Ad in the Pages of a Novel
Book serialization has come into vogue again, 170 years after Charles Dickens popularized it with “The Pickwick Papers” and “Oliver Twist.” Funny enough, it’s the 19th-century author who is championing the form in 2008: His “A Christmas Carol” is one of more than 1,000 titles available through DailyLit, a digital serial book publisher that shares books with nearly 150,000 subscribers in short, customized installments via email and RSS feed. And now it’s opening its virtual pages to advertisers. Dickens’ holiday classic is also one of three titles to join DailyLit’s new and growing ad-supported business model. DailyLit works with 35 book publishers to license digital or digital serialization rights for select titles, from romance novels to nonfiction how-to guides. Up until several months ago, DailyLit subscribers had to pay to read copyrighted titles or choose free ones among those already in the public domain. Since August, the publisher has opened the doors to corporate sponsorship. 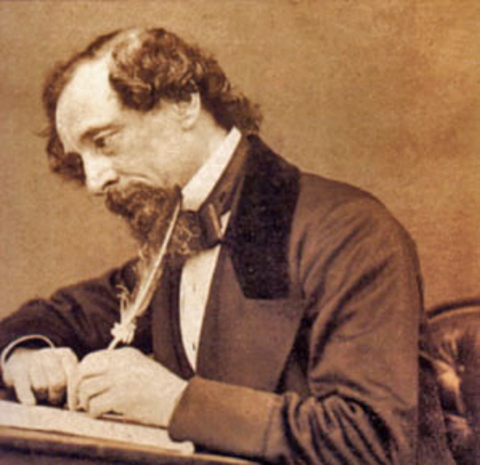 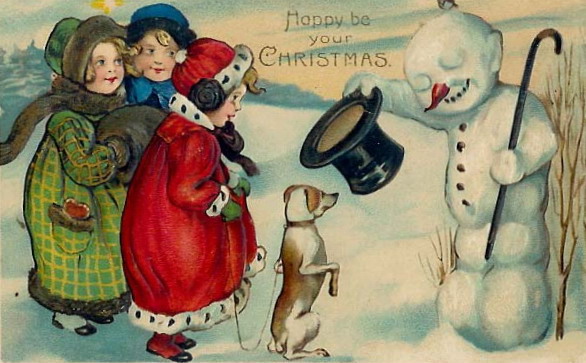 Xbox’s New Marketing Plan: Targeting Moms Everywhere
The Xbox 360 is utilizing a marketing strategy that is reminiscent of the Tupperware and Mary Kay Cosmetics parties of old and despite the radical change in product, the target audience hasn’t changed. To that end, Microsoft recently invited 1,000 women from around the country to host events in their homes as a way of showcasing many of the Xbox’s new web-based games and services to their family and friends. 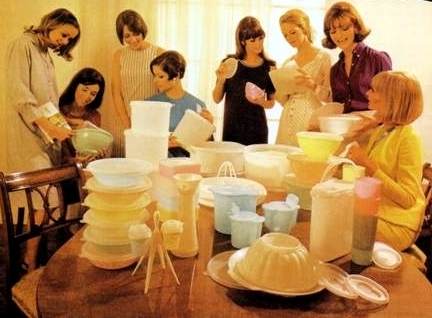 Girl Gaming
Until recently, gaming has always been regarded as a male-dominated activity, especially as games ripe with shooting, action, sports or racing continue to break sales records with their mass appeal. Due in part to the popularity of the Nintendo Wii and the portability of the Nintendo DS, new data suggests that the girl gaming market is bigger than first thought and has room to grow. Research also suggests that girls tend to favor more social and collaborative games with less competition and more opportunity for personalization and nurturing.