Skip to content
I noticed that Shake Shack‘s (updated?) site now has an oh-so-Web2.0 Facebook callout as well as user submitted photos and videos … Shake Shack also has their twitter feed (which I expect to be using it a lot this summer): “Got a report on Shake Shack line length? Looking share a table with other hungry Shackburger-loving Twits? Send an update to @shakeshack” 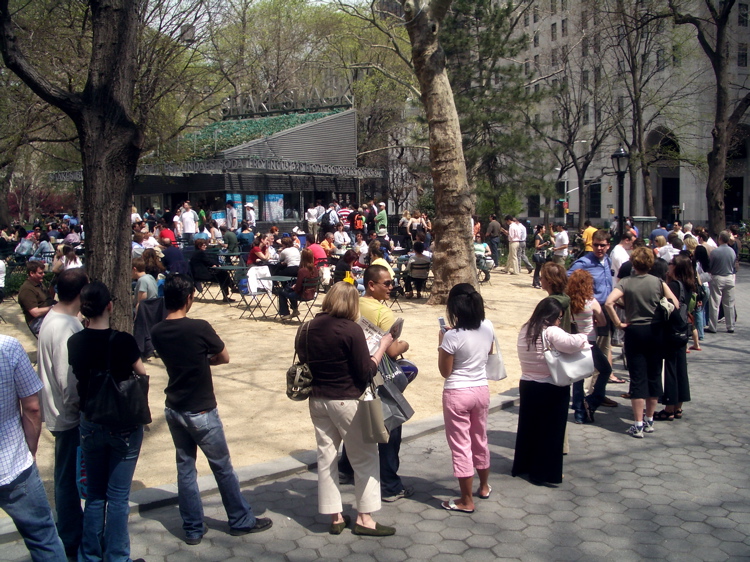 And now we learn that Twitter is to charge brands for use . Twitter co-founder Biz Stone has confirmed the microblogging network will begin charging companies for certain components of its service. Rumors that Twitter may start charging for use began taking concrete form in November. “We are noticing more companies using Twitter and individuals following them. We can identify ways to make this experience even more valuable and charge for commercial accounts,” Stone said.