Magic Hat disappointed by “beer summit”
Some American craft brewers seemed to have missed the point somewhat and are angry over the choice of beers sampled in the “beer summit” hosted by President Obama in the White House Rose Garden in Washington DC last week. 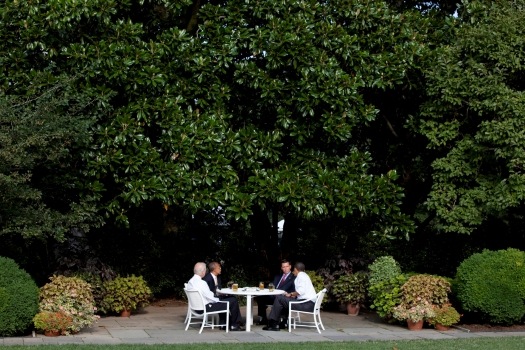 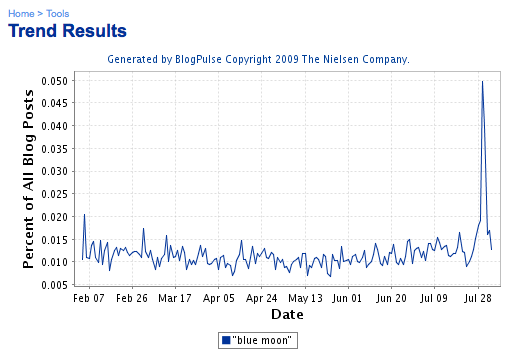 Policeman calls White House meeting productive
The police officer at the center of a national dispute over race and law enforcement says a much-anticipated meeting at the White House was productive and all parties are looking forward. Cambridge, Mass., police Sgt. James Crowley spoke after meeting with President Barack Obama and Harvard professor Henry Louis Gates Jr., along with Vice President Joe Biden. Crowley described himself and Gates as “two gentlemen who agreed to disagree” about the confrontation that led to Gates’ arrest. He said that the conversation centered on moving forward, not reliving the events of the past two weeks, and that they plan more meetings.

IPG’s New Branded-Entertainment Unit: Ensemble
Interpublic Group of Cos.’ Mediabrands named former Entertainment Weekly Publisher Scott Donaton to lead a new branded-entertainment unit dubbed Ensemble. As president-CEO of Ensemble, he’ll have a shared reporting structure to stakeholders in the unit, which includes Universal McCann, Initiative and strategic-advisory firm Media Link. In his new role, Mr. Donaton will give clients of Initiative and Universal McCann a first look at projects and direct access to strategic branded-entertainment opportunities. Universal McCann works with marketers such as Microsoft and Nationwide, while Initiative’s clients include Home Depot, MillerCoors and Bayer.

I hope Scott can move past mere product placement. Garden variety brand integrations are getting more screen time as TV producers and networks look to make up revenue lost in the ad downturn, with products increasingly garnering mentions in scripts. Dr Pepper was mentioned prominently by characters in a recent episode of “90210” on CW, while references to Coca-Cola Co. product vitaminwater made their way into a recent episode of the CW’s “Gossip Girl.” (The Boston Globe)

Southern Comfort Pours Entire Media Budget Into Digital
Brown-Forman‘s Southern Comfort brand — weary of jostling for notice with other spirits brands during the narrow nightly window when they are permitted to advertise on cable — is taking its entire media buy digital, allowing it access to programs online it couldn’t touch on TV.

Ad Agency Creature Marketing Sherry to Younger Consumers
Seattle boutique shop Creature has developed a humorous Web site that’s meant to shed some light on the drink’s history, types and usage. The site, built for the Sherry Council of America, takes on the fusty image of the Spanish fortified wine. 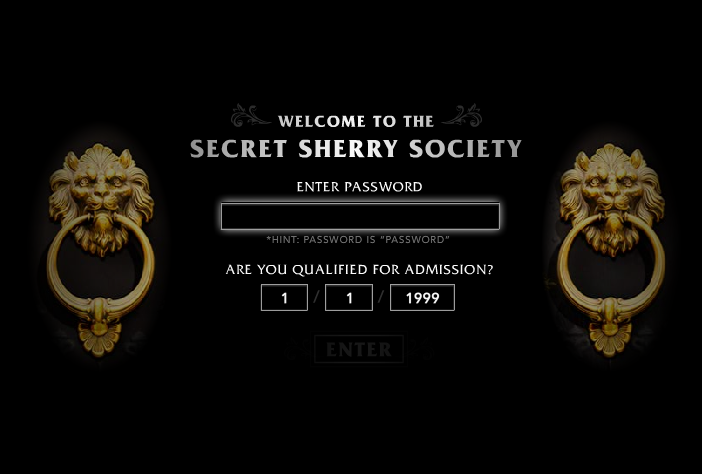 Ad-Supported Models Stike Chord with Music Freeloaders
Though nearly one-third of digital music downloaders and streamers in the US currently acquire songs illegally using peer-to-peer networks, new ad-supported models for music delivery are gaining momentum as an alternative and have helped to cut down on illegitimate file sharing, according to a study by Ipsos.

MySpace Music Traffic Grows 1,017%
Despite declines in overall visitors to MySpace as a social networking destination, unique visitors to MySpace’s music subdomain have grown 190% since its launch in September 2008 and year-over-year traffic to the URL has increased 1017%, according to (pdf) data from The Nielsen Company. Since the destination’s inception last fall, the number of visitors to the ad-supported MySpace Music has grown from from 4.2 million uniques to 12.1 million in June 2009.

Twelpforce – Blurring the lines between Customer Service and Marketing
Says Barry Judge: “Last Sunday we launched “Twelpforce,” a new service that enlists the passion and knowledge of Best Buy’s vast employee base to bring assistance directly to customer computer screens via the micro blogging site, Twitter. Staffed by Best Buy employees from across all operations, including BlueShirts and Geek Squad, Twelpforce™ will answer product questions, troubleshoot technology challenges and solve customer service issues, all from the comfort of the users’ keyboard or mobile phone. Twelpforce has gotten a fair amount of awareness as evidenced by blog posts by both TechCrunch and Twitter themselves. Twelpforce is obviously an experiment. A very public one. And with this publicity comes a certain amount of risk. In my view, it is a risk well worth taking for many reasons.”

Ministers get 20-page guide for acceptable Twitter use
The UK government has unveiled its inaugural Twitter strategy document to encourage departments to get tweeting, but at a hefty 5,382 words it is the equivalent of more than 250 tweets. Created by the Department for Business, Innovation and Skills, it urges all government departments to get tweeting, while avoiding posting “pointless content”.

One Planet Seven Theatres … Carbon War Room
The Carbon War Room is a global philanthropic initiative, founded to harness the resource and skills of the Planet’s entrepreneurs and institutions to urgently deliver solutions that enable humanity to prosper beyond the carbon economy. Our Founders include some of the world’s leading entrepreneurs and institutions who are passionate about solving this problem.

Guru Bar Anyone? Plans For Microsoft Retail Stores Leak Online…
A highly detailed proposal for Microsoft‘s stores leaked online late Friday afternoon, and if it’s real, Redmond’s first foray into retail appears to be following the usual Microsoft formula … copy what Apple is doing and make it uncool. Oh and put a Surface table in.  Microsoft’s take on retail is exactly what you’d expect. The PowerPoint presentation (naturally) takes us on a journey of “Emily” through the Microsoft retail experience. Highlights include: an “Answer Bar,” a massive video wall around the whole store, community areas, and of course, plenty of computers to play with “Microsoft’s innovative technology.” Errr … OK … 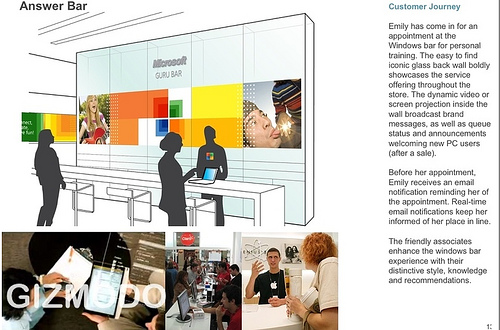 Is AR the Next Big Thing?
Augmented reality, heretofore seen only in science-fiction films or computer labs, might soon become the latest Web 2.0 tool for marketers. AR, which uses webcam technology to blend footage from the real and virtual worlds, is being tested by Zugara to allow users to “try on” clothes without being in a store. 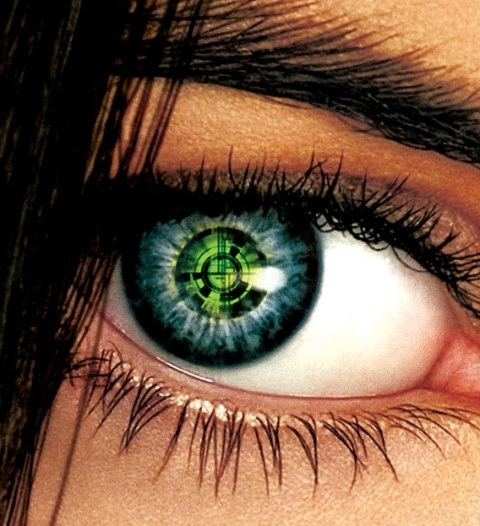 Treasure World Sends Gamers on Mobile WiFi hunt
As gaming systems become increasingly integrated with the physicality of the gamer, developers are seizing upon the intricacies of our actual environments for new ways of having fun on-screen. Aspyr’s Treasure World for Nintendo’s DS and DSi handhelds is one such attempt to bridge the gap between the real and the pixelated, launching players on a virtual treasure hunt that requires exploring one’s surroundings for actual wireless networks. Real-life WiFi spots are converted into in-game “treasure,” which can be traded in for items.

Most People Don’t Like Internet Ads
While internet advertisers ramp up their web advertising efforts, the majority of US consumers say they are frustrated by common types of internet ads, according to (pdf) a recent study by Harris Interactive. Pop-ups, ads that are “moused over,” difficult-to-close ads, and musical ads are some of the worst offenders. Ads that spread across the page and cover the content beneath them are the most vexing for consumers, with 80% of respondents in the study deeming these types to be very frustrating, MarketingCharts reports. Ads on which consumers can’t find the skip or close button are a close second, with 79% of respondents similarly annoyed, the survey found.
Disney Did A Survey Anyways…
Researchers at a Walt Disney Co. facility in Austin, Texas, collect biometric data from test subjects as they look at online content to detect whether their eyes move to look at ad banners and how their reaction to ads plays out in terms of temperature, facial expression, heart rate and other factors. The work is designed to provide advertisers with a way of quantifying the effectiveness of online ads beyond the click-through measure.

Only 8% of Advertisers Say Twitter is Effective Promo Tool
Though Twitter is currently in the spotlight as a media darling, only 8% of advertisers and consumers think it’s a very effective promotion tool, according to (pdf) results from a LinkedIn Research Network/Harris Poll. The study also found that advertisers are more likely than consumers to know about Twitter and are more likely to believe in the microblogging tool’s future power to help promote products and services.
Harry Potter Using Twitter Regardless

In the UK for the release of the latest Harry Potter movie, Warner Bros has decided to “use” Twitter. On a dedicated website Twitter users get the chance to send potions and cast spells on the people following them.

Element Lexington Tells Hybrid Drivers to Plug It In
Starwood has partnered with Carbon Day Automotive to install a ChargePoint™ Networked Charging Station at Element Lexington. Hybrid-driving guests and travelers alike can charge their vehicles via the unobtrusive station, equipped with a universal plug-in for all kinds of electric vehicles, including cars, buses, Segway scooters, and bikes. Drivers can use Google maps to locate the station and determine whether it’s unoccupied.

Tesco seeks permission to offer allotments to cash-strapped consumers
Tesco has stepped up its commitment to environmental issues by announcing plans to create allotments for recession-hit customers who want to grow their own vegetables. The supermarket giant has applied for planning permission for the 30 allotments on land next to its Southport store in Lancashire which, if granted, will see the sites rented out from next spring.

ReBurbia
Calling all future-forward architects, urban designers, renegade planners and imaginative engineers:
Show us how you would re-invent the suburbs! What would a McMansion become if it weren’t a single-family dwelling? How could a vacant big box store be retrofitted for agriculture? What sort of design solutions can you come up with to facilitate car-free mobility, ‘burb-grown food, and local, renewable energy generation? We want to see how you’d design future-proof spaces and systems using the suburban structures of the present, from small-scale retrofits to large-scale restoration—the wilder the better!