World Cup lets down multi-million pound partners
Brands have yet to benefit from their sponsorship of the World Cup, according to an exclusive Marketing poll, carried out by Lightspeed Research. The mobile research, conducted during the England vs USA game last Saturday, shows that 88% of respondents did not feel that their opinion of the official sponsors had changed as a result of their link to the World Cup. Only 8% claimed that sponsorship had a positive effect on their view of the brands, while 84% were no more likely to buy a brand in the future as a result of its sponsorship of the tournament.

SHOCK! HORROR! World Cup sponsors NOT most associated with World Cup
It should come as no surprise whatsoever that non-World Cup sponsors have out-scored official World Cup sponsors in on line buzz according to research commissioned by Nielsen.
FIFA cracks down on ambush marketing
Yesterday at the World Cup match between the Netherlands and Denmark, FIFA continued to confiscate several flags bearing brand names from fans as the football governing body attempts to crack down on ambush marketing. According to law firm Mallesons Stephen Jaques, ambush marketing is an attempt by a third party to create an association with an event without permission and can deprive official sponsors and suppliers of public recognition, weakening their commercial investment.

CNN’s “Political Ticker” team were clearly stuck for a story yesterday, and the best they could manage was a regurgitated AP piece about Joe Biden, who was apparently “booed” at an Eagles v Giants game: “As Eagles fans watched their team lose to the New York Giants Sunday night” opined CNN “a shot of Biden on the big screen elicited boos from the notoriously tough home crowd” 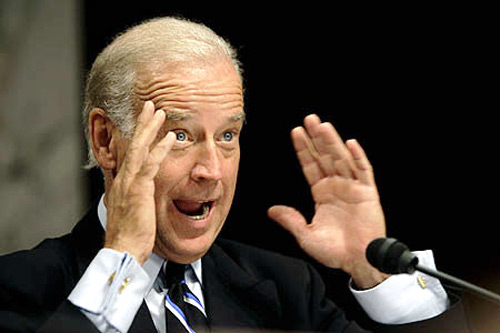 I scrolled down to peruse the comments and found something from “Rad Phil” that gave the true story (corroborated by numerous other comments).

“My god……You got to love the anominity of the internet, because these people come out in droves and say some stupid crap that they can only get away with without seeing their faces.

They booed the non-call on intentional grounding by Eli.

THEY BOOED THE INTENTIONAL GROUNDING BY ELI.”