Facebook Fans worth $136 a piece.
A Facebook fan is worth about $136, according to a survey of the site’s users by Syncapse. A company’s fans spend more, are more likely to be loyal and will recommend the brand to their friends, according to the firm’s research.

How To Stand Out In The Facebook
There are nearly 500 million users on Facebook every month. And, according to Facebook, approximately 25 billion pieces of content are also shared on the site. That’s a lot of people and brands generating and sharing a lot of content.

Goodby Promotes Gareth Kay to Director of Brand Strategy
The inexorable rise of Gareth Kay. Always great to see one of the good guys getting to the top. And he’s rid himself of that perplexing title of “director of *digital* strategy” to boot. (Is digital strategy different? That’s a mindset rather than a different discipline, surely?)

Pringles lampoons social media addicts
Pringles is promoting its ‘sharing’ positioning with a light-hearted campaign that pokes fun at social media fanatics. The activity, created by Wunderman and called ‘The Oversharers’, appeals to consumers to name and shame their friends who share things online that are ‘totally ridiculous’. The push centres on the accusation that people who overuse Facebook and Twitter are boring their friends and urges them to share things ‘really worth sharing, like Pringles’. Central to the activity is a website with a Twitter feed showcasing the most banal tweets, such as: ‘Just eaten a sausage roll!!!’ Visitors to the site can download a Facebook ‘Overshare’ button, which adds to the existing options to ‘like’ and comment on friends’ status updates. When users click on ‘Overshare’, the author of the update will receive a message advising them to seek help at the Pringles website. 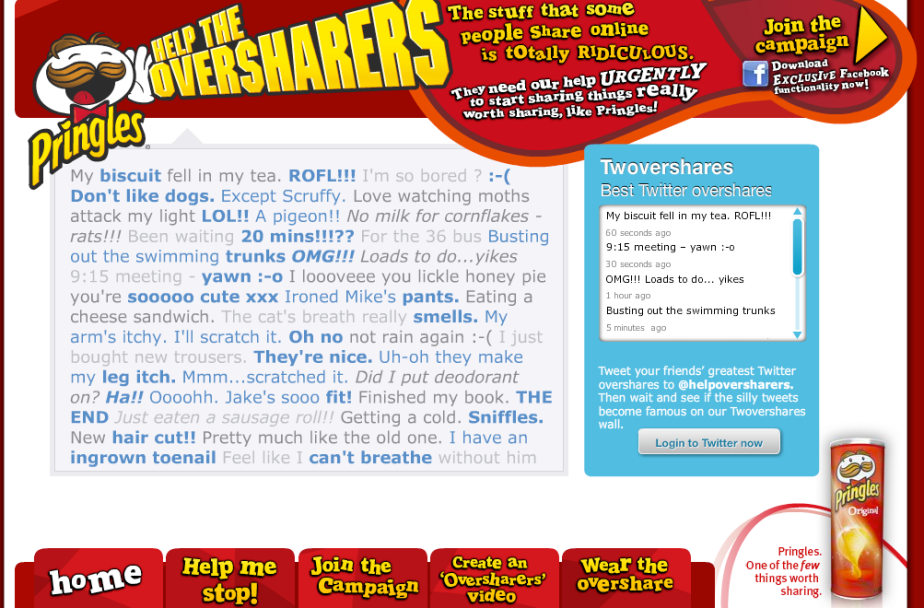 Social networking: Towards a socialised state
What will the future of social networking look like? The Economist imagines: your digital video recorder automatically copies a television show that several of your friends were talking about on a social network before the show went on air. Or this: you get into your car, switch on its navigation system and ask it to guide you to a friend’s house. As you pull out of the driveway, the network to which you both belong automatically alerts her that you are on your way. And this: as you are buying a pair of running shoes that you think one of your friends might be interested in, you can send a picture to their network page with a couple of clicks on a keypad next to the checkout counter.

Teens Love Facebook, Hate Blogging, Are Always Online, and Don’t Use Twitter
Ninety-three percent of teens ages 12 to 17 go online, 75% of them own a cell phone, and 66% say they text. In fact, 58% of 12-year-olds now have mobiles, compared to 18% just five years ago. 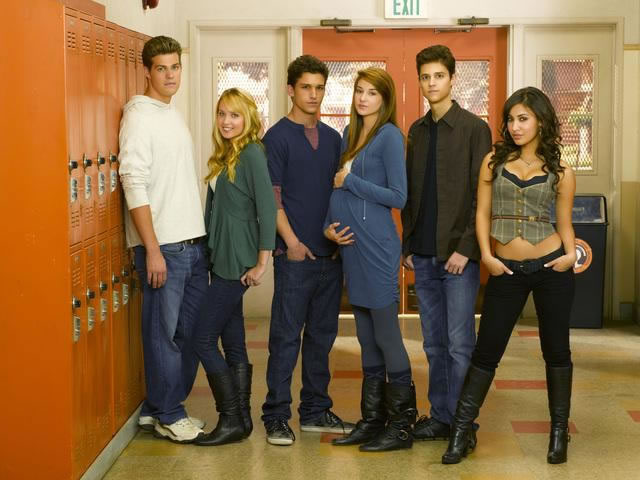 10 Rules for Increasing Community Engagement
Getting people to interact with others and upload content to a community-driven site enough may sound easy, but engagement doesn’t happen automatically. It takes time and work, and much of the right formula is deduced through trial and error. Here are 10 tips for increasing user engagement that work for news community web sites, but can apply to all types of online user-engagement communities. 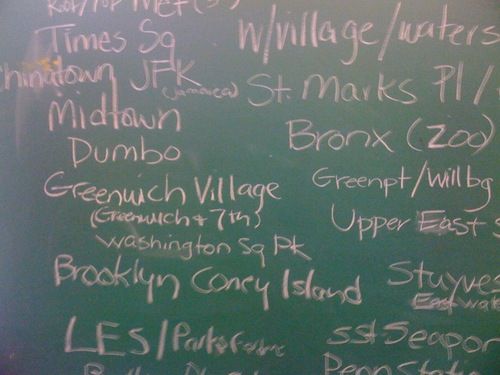 YouTube Top 10 Lists
For the first time YouTube are sharing theri official Most Watched lists and some of the fastest-rising search terms on YouTube. “Some moments were big (President Obama’s inauguration), some small (a Minnesota wedding party erupts into dance), some expected (“New Moon”), some surprising (Susan Boyle) — but all of them inspired, entertained and connected millions of people around the world via YouTube.”

Seppukoo: Is There Life After Facebook?
Seppukoo.com is a social website which “liberates the digital body” by deactivating one’s Facebook profile and shaping a social experience out of it. It is meant to reflect seppuku, an ancient practice in Japan in which a samurai warrior kills himself to restore their honor. It was created by ”Linking the Invisible“, a group of European media artists (Guy McMusker, Clemente Pestelli and Gionatan Quintini), who explore the invisible relationships between the “infosphere, neural synapsis, and real life.”

Architizer: The Facebook for Architects
One such digital pioneer is brand-new social networking site Architizer, which is being promoted as a “Facebook for Architects” and will allow “architects, architecture curators, clients, critics and fans, to interact”.Â The site, which is free to use, allows members to link their personal, firm, and project profiles where they can display a new building, share photos of interesting projects, and have their work pinpointed on a global interactive map.

Maloney & Porcelli Expense-A-Steak
Genius idea … definitely struck a chord with someone who worked in media in the 90s. (Neal Southwell, your tolerance was appreciated). Go to expenseasteak.com and fill in the obscenely large amount of your Maloney & Porcelli meal. Out will come a PDF of receipts for exactly that amount — innocuous (and extremely realistic) proof of purchases for taxis, panini lunches, office supplies, business books and so on. Accounting doesn’t ask why you’ve bought $700 worth of anti-static floor mats and toner? That’s their problem.

Steakhouse’s Facebook Success
Utah’s Mo’ Bettah Steaks restaurant opened a second location this year only because of Facebook. “It clearly increased our business,” says the co-owner, who initially joined social media to monitor his daughter. He now uses it to promote events and menu additions: “It was like a brick hitting me. I just realized it could be a powerful tool for the business.”

Twitter Fair Game for Serving UK Court Orders
The British High Court is permitting an injunction to be served to an anonymous user on microblogging site Twitter. The user, who has been posing as right-wing political blogger Donal Blaney of website Blaney’s Blarney, is accused to breaching Blaney’s copyright. Blaney, who felt the content appearing on Twitter under his name was “mildly objectionable,” approached the courts to find out whether an injunction could be served via the social network — as opposed to contacting Twitter headquarters in California and entrusting them with managing the issue. 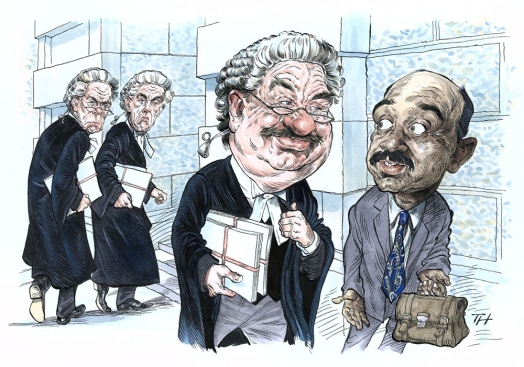 Social Media: How Twitter Makes or Breaks Movie Marketing
Can the so-called Twitter effect boost a movie’s box-office performance faster than any traditional form of word-of-mouth? Not yet, say many top movie marketers and researchers, but the social networking platform’s impact on a studio’s media mix and campaign management has already taken shape.

Twittering Fish
By 7 a.m. each morning Carl Galvan has already been Twittering for close to three hours. Galvan, a sales representative at Supreme Lobster & Seafood in Villa Park, uses the messaging service Twitter to post photos of fish and other seafood Supreme is offering and to interact with chefs interested in placing orders based on those photos. Since Galvan started using Twitter four months ago, he estimates his sales have doubled. “What helps the most is that the chefs who follow my updates can actually see the quality of the product we’re carrying, in real time,” Galvan says. 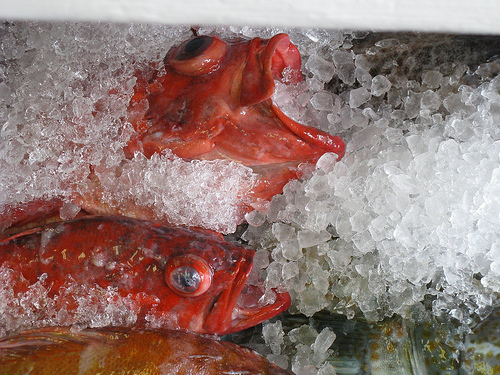 I should point out that unless the fishing industry makes radical changes, there will be no fish left by 2048.

An Inconvenient Truth for Fish (telegraph.co.uk)

Tuna Town in Japan Sees Falloff of Its Fish (nytimes.com)

‘The World’s Fish Will Die Out Within 50 Years’ (news.sky.com)

US probes Obama ‘death’ Facebook web poll
The US Secret Service is investigating a poll posted on social networking site Facebook, asking people if they think President Obama “should be killed”. The poll, posted on Saturday, was taken off the site as soon as the company was made aware of it. It was put up on the site using a third-party application that was unconnected with the social networking site itself. US Officials will take “the appropriate investigative steps,” a spokesman said. The poll, described by Facebook as “offensive”, asked respondents “Should Obama be killed?” and offered four possible responses: “No”, “Maybe”, “Yes”, and “Yes if he cuts my health care”. 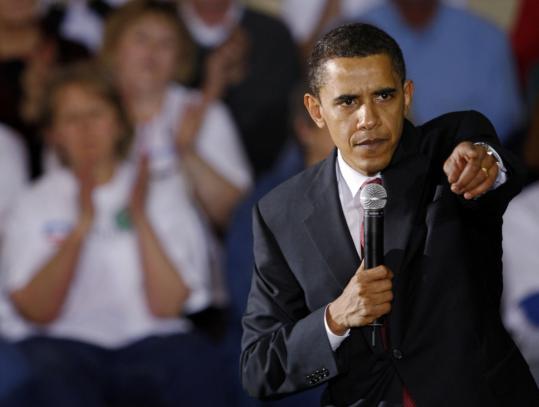 User Generated Facebook Apps Just Got Easier
AppBank, a Seattle-based startup, today is launching a free application in beta that lets people without coding skills build their own Facebook apps, such as a quiz or game, in four steps — and earn a cut of the revenue from ads placed within them. The company provides a database of statistics and tutorials on its web site to help people manage and modify their applications in order to attract users and ultimately, pocket more cash.
Related: